Robby Pauwels hired as Board Member 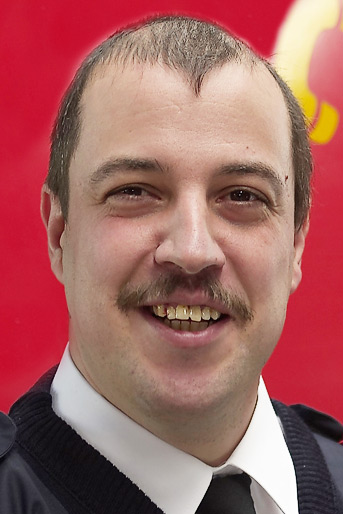 In october 2016 we were happy to blow out the 20 candles on our birthday cake! A wondeful anniversary which also resulted in our first en very own challenge coin.

Also another 2 fine programs were conducted in the second half of 2016 to Long Beach, California and Phoenix, Arizona. Together with the Miami – Dade and Houston programs earlier in May our organization was proud to offer a total of 4 programs once again.

2016 was for many Belgian first responders a very turbulent year. Some of us were confronted with the terror in Zaventem and Brussels. It's pretty obvious terror became a serious item in conversations during our programs. We were even asked by the leaders of Miami – Dade and Long Beach to give presentations on the response to these attacks. A lot of emergency workers from different fire departments, ems agencies, law enforcement and emergency management were present to learn from these presentations.

And how devastating and sad the attacks were….this is what it's all about in our organization…to learn from each other! We were very happy and pleased to share these experiences and knowledge with our American colleagues.

We still have a lot of plans and dreams and projects, not only for 2017 but also for many more years to come.

The Board is very active as well as the crew leaders for the upcoming 2017 programs to Jacksonville, San Diego, Denver and Columbus. We're even working already on the 2018 projects!

Leaves me to wish you and your families all the best for a wonderful, healthy and safe 2017!

Permanent link to this article: https://www.fireobservers.org/en/blog/2017/01/07/new-years-message-2/