The group consisted of 11 firefighters from different fire departments in Belgium:

Kurt and me contacted Battalion Chief Richard Cabral of Fresno Fire Department and made the arrangements with him.  Thanks to Chief Cabral our ride-along went smooth.

The group gathered at Brussels airport where we boarded a Boeing 767.  From Brussels we flew over to Chicago.  We had a nice flight.  From Chicago it went to San Francisco.
At SF airport we picked up our 2 van’s, put all the luggage inside and drove to Modesto to spend the night in a Motel 6.

After a good night sleep, we got up at 07.00 AM and put on our uniforms.  Today our ride-along at Fresno would start.  But first: breakfast at Denny’s.
After two hours driving, we met Chief Cabral at Fresno's busiest Fire Station: Station 3 (“The Rock”).  Chief Cabral gave us some info about how Fresno Fire Department works and showed us around Station 3, which also had facilities to train Firefighters.  After this we got our turnout gear and we had lunch at a buffet restaurant.  After this fine meal, we went to the 9-11 dispatch center, where they showed us around and explain how the center works.  Than we got all assigned to a fire station:

After some call’s, diner was made at the stations and after that the Fresno Firefighters played “Zilch” with the Belgian firefighters.  Playing this game with dice, and having fun, was they’re way to divide the different cleaning jobs that had to be done at the fire station. 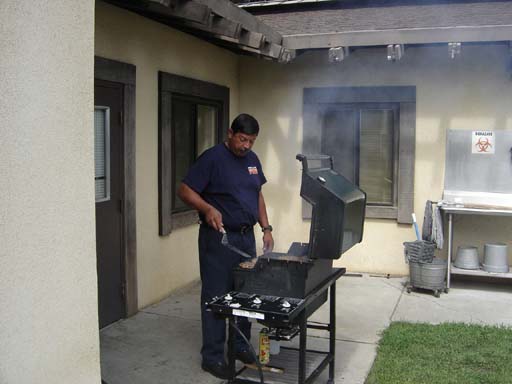 Around 01.00 AM the alarm went off at station 14, Bart and Kristof jumpt out off they’re beds.  It was a fire-call.  Engine 14 and Truck 14 responded.  Back up was needed, because the house was fully involved…
At 07.00 AM the alarm went off in all fire stations: time to get up.  Kurt and I picked everybody up at the stations and than we all drove to Fresno City Hall.  There we met Chief Cabral, Fresno Fire Chief Randy Bruegman and an employee of city hall.  A proclamation was read and handed over to Kurt. 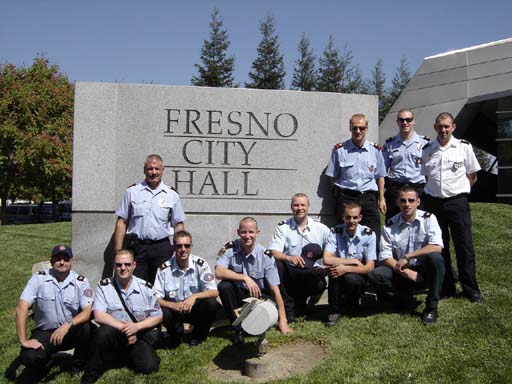 After this we visited Pelco, in Clovis, where we met David L. McDonald (President and CEO).  At Pelco they make beside other things, cameras.  He gave us a tour in the factory and after that he invited us for lunch.  Because of his sympathy for rescue-workers (firefighters, police-officers, ambulance-personal, …) the company-restaurant doesn’t charge uniforms.  During lunch, Mr. McDonald told us that he donated a part of the company’s ground to New York City, because of what happened on 9/11.  On that ground they made a monument.  He also build a museum in one of the buildings of his factory.  He also told us that camera’s where used at ground zero during the search and rescue.  Mr. McDonald also flew over hundreds of New York Firefighters for a 9/11-ceremony at his factory.
After this nice and interesting day, we drove back to Fresno and went back to our stations.

Everybody stayed at the fire station today… 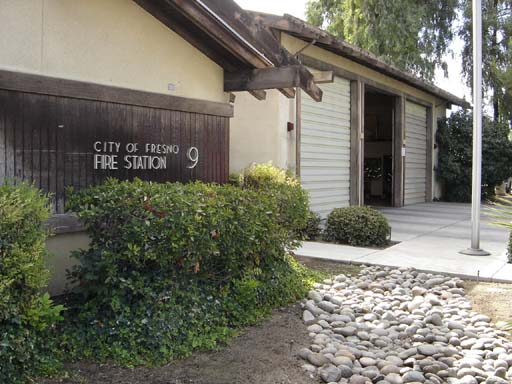 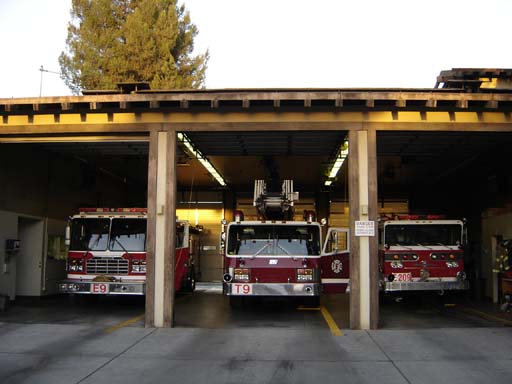 Yosemite National Park was on the schedule today.  Together with 4 Fresno Fire Fighters we took off.  After driving around true the park and taking some pictures, we drove to our camping place where we had a barbeque and spend the night and had a lot of fun sitting around a campfire. 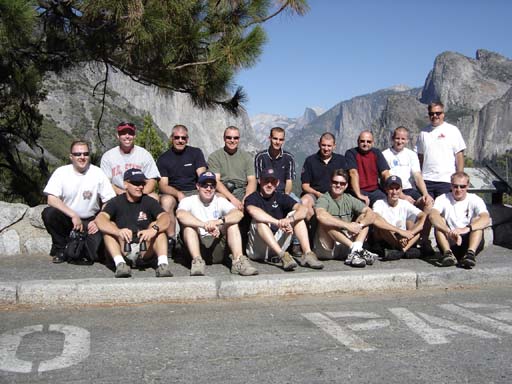 We got up early, had breakfast and went hiking all the way up to a waterfall.  The view was beautiful!
After walking back down, we went to the cars and drove back to Fresno.  Everybody got back to their station.  When I walked into station 4, the alarm went off: “Fire-call”.  It turned out to be a small fire at a house, witch was put out very quick.

Everybody stayed at the fire station today. 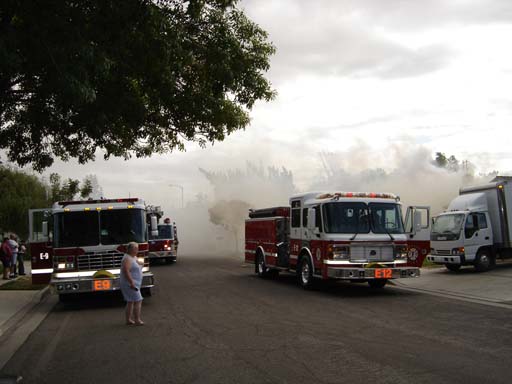 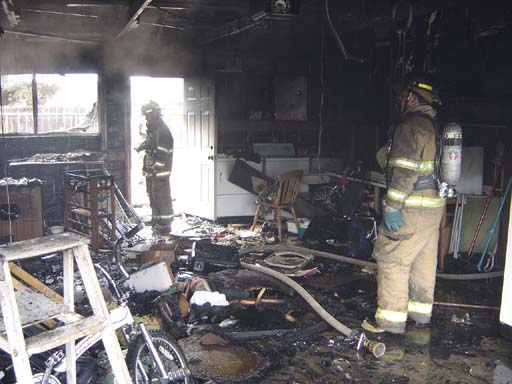 Another ride-along day at the fire stations… 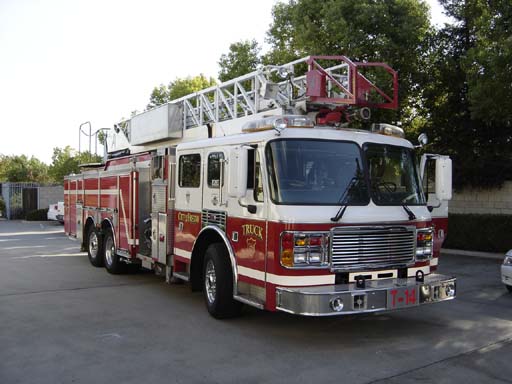 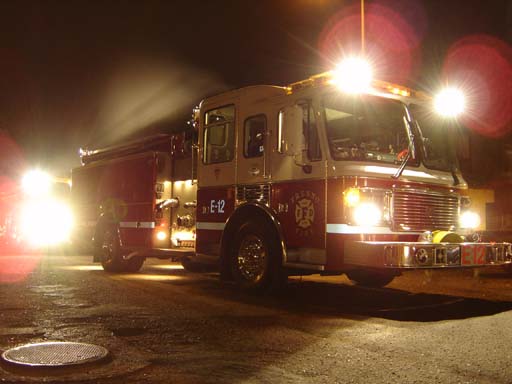 This morning Kurt and me picked up everybody at the stations and we all went to the Union shop.  There we could buy some Fire Department shirts, short’s, sweaters,…

The rest of the day, we spend at the fire stations.  It was also getting time to pack, because it was the final ride-along day.
At 06.00 PM we went to a restaurant and had our farewell dinner.  Dinner was great and we said goodbye to some of the firefighters who joined us at Yosemite.  Than we went back to the stations to spend the night…for some of us it was a quit one, for others it wasn’t…

We all got up early, to close our suitcases (some had to use force because of all the stuff there was in it) and say goodbye to the Fresno Firefighters.  Kurt and me picked everybody up, drove to station 3 to say goodbye to Chief Cabral and than we took of to Morro Bay.  From here we went to Hearst Castle. 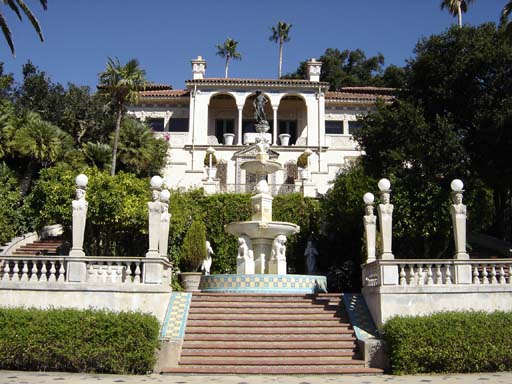 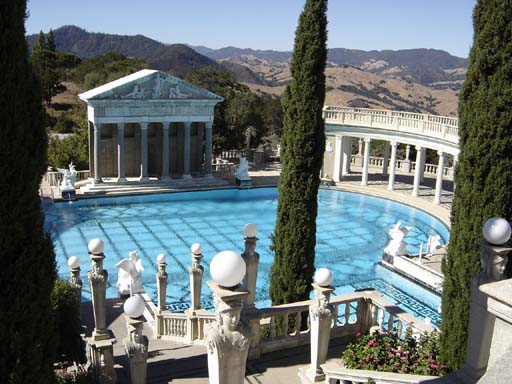 From here we continued our trip to San Francisco.  We drove by the coastline and stopped a couple of times to take some pictures of the beautiful views.  We had some nice view over the ocean and got to see a beautiful sunset.  We spend the night at a Motel 6.

Around 07.00 AM we went over to Denny's to have breakfast, than we continued our trip to San Francisco.  After 3 hours we got there and went to Twin Peaks to get a nice view over the city and the Golden Gate Bridge.  After dropping off our luggage at our hotel, we wanted to go to Fisherman’s Wharf with a cable car.  But because of a technical problem, the cars where not riding.  So we took a bus to get to Fisherman’s Wharf.  Because of the steepness of the San Francisco streets, it took a lot of the engine of the bus to get up the hill.  From the top of the hill, we walked down to Pier 39, to get on the boot that would take us to Alcatraz (prison-island).  On the island, we all got a head-set so that we got information about the prison while walking around.  It was a nice tour. 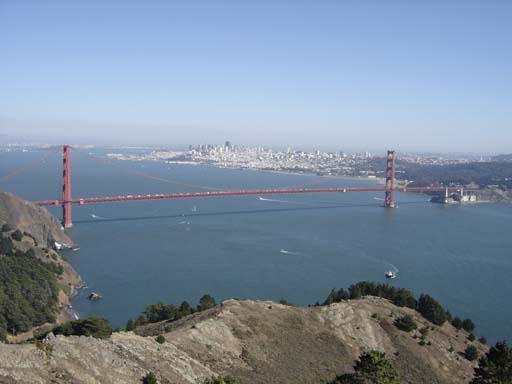 Around 08.30 AM we all met at a small bakery to have breakfast.  Than we took a cable car and went to the cable car museum.  At the museum we got to see the history of the famous cable cars.  We also saw how the cable cars are driven on.  It’s a nice and interesting museum. 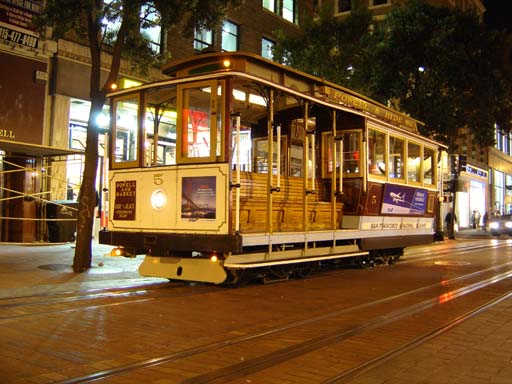 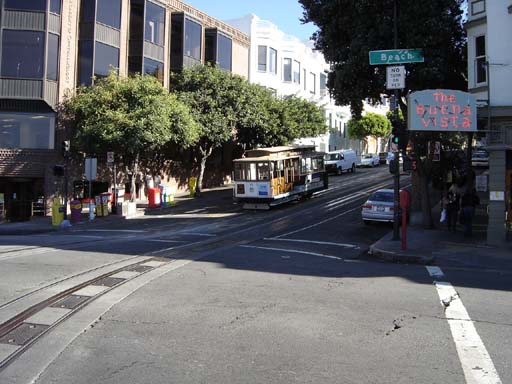 After visiting the museum we walked true the streets of San Francisco to see the nice buildings of the city.  We also went to Chinatown.  We also walked by and payed a visit at fire station 35.  At the station there’s one engine and a fireboat stationed.  The nice SF firefighter’s that where on duty showed us around.
Than we walked back to Fisherman’s Warf to have something to eat.  After dinner we took a cable car back to our hotel.  We had a lot of fun riding back. 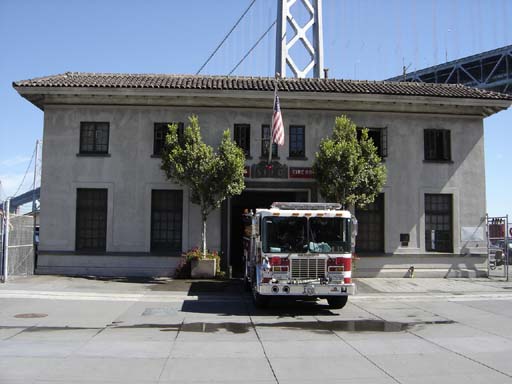 Today we went to San Francisco Airport to pay a visit at the fire department there. Around 09.00 AM Captain Dave Sullivan welcomed us and explained how SFFD on the airport works.  After this, he showed us around station 3 and we all got to see one of their crash tender’s in action.  They gave us a little demonstration. 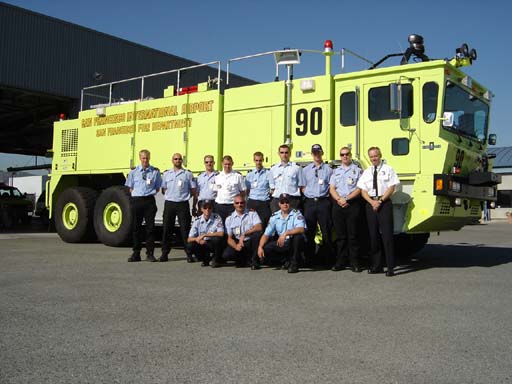 After saying good-bye to the Airport Firefighters, we drove to the Golden Gate Bridge.  We took a lot of pictures from different locations around the Golden Gate Bridge area and walked on the bridge.
From here we went to see the Fire Museum.  The museum was already closed so we all drove back to the hotel and start packing our bags.  The next day we would fly back to Belgium… 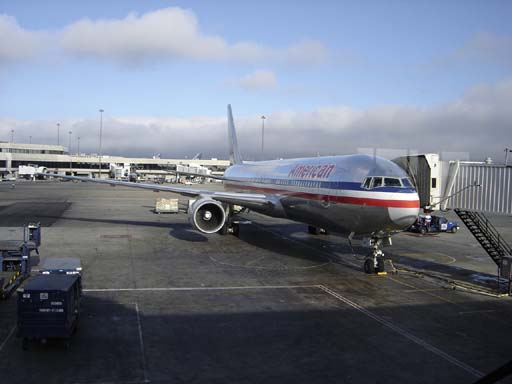 I can say it was a successful trip.  Fresno showed its hospitality once again and we all enjoyed it.

Permanent link to this article: https://www.fireobservers.org/en/travel-report-fresno-2004/