10 Fire Observers on their way to Oakland, California

Fire Observers vzw got another invitation by The American Overseas Memorial Day Association Belgium to attend this year’s Memorial Day Ceremony at Flanders Field American Cemetery, final resting place for 368 American soldiers who were killed in action during the first World War here in Belgium.

A delegation of 8 Fire Observers were present as well as one American colleague, Captain John Fischer.

Captain Fischer (Palm Beach County Fire & Rescue, Florida) enjoys retirement nowadays and he came over to Belgium for a week of tourism.

We met him during the Palm Beach County program in 2011 and stayed in contact since he’s the person responsible for the Delray Beach St Patrick’s Day Parade.

This year’s Memorial Day Ceremony  took place on May 24th and a few hundred people attended.

Numerous dignitaries were present like a Representative of the Belgian King, Secretaries of several departments, Senators, Representatives and local politicians.

High ranking military officials from Belgian Defence, US military forces and NATO as well as Denise Bauer, US Ambassador to Belgium, were present.

Dignitaries laid wreaths and there was also one placed by Fire Observers vzw.

After this ceremony, a smaller delegation went to Ypres to participate in the Last Post Ceremony under the Menin Gate.

A wreath was also laid here by one of our members and Captain Fischer.

During the rest of his stay here in Belgium several places like Antwerp, Bastogne, Brussels, Dinant, Paris and Terneuzen were visited.

John Fischer was also very interested in the Battle of Waterloo and World War I events, therefore Waterloo was visited as well as places like Passendale, Ypres,  Diksmuide and Nieuwpoort. 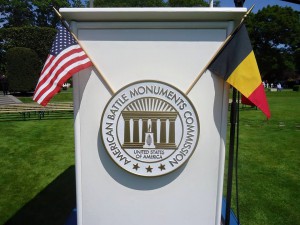 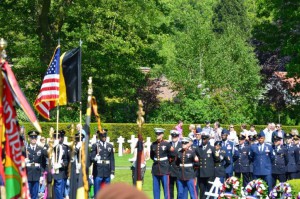 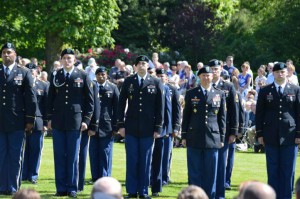 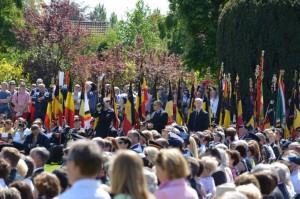 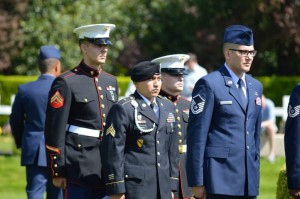 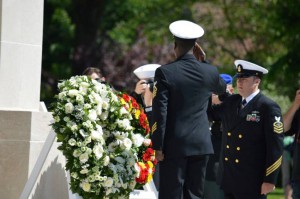 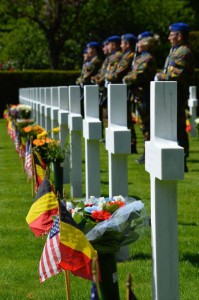 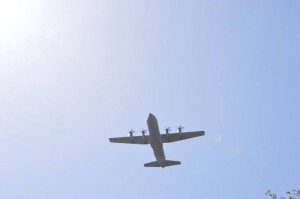 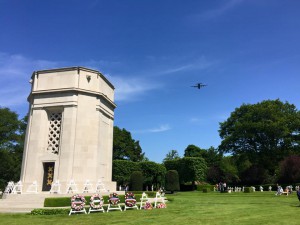 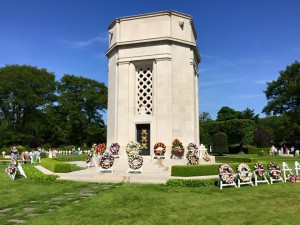 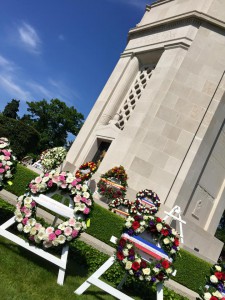 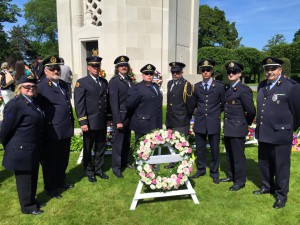 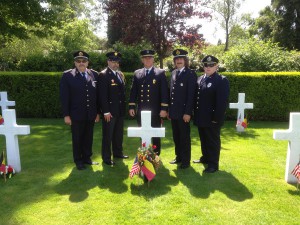 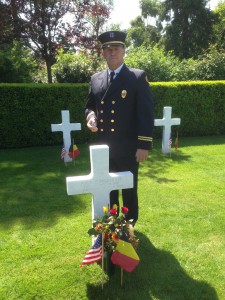 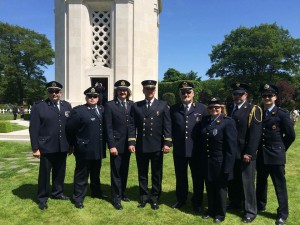 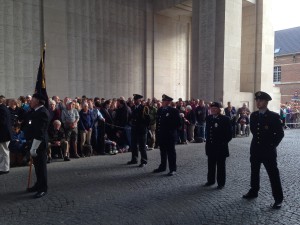 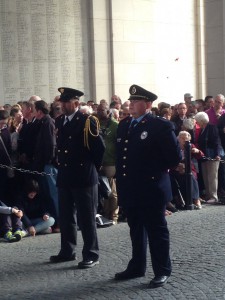 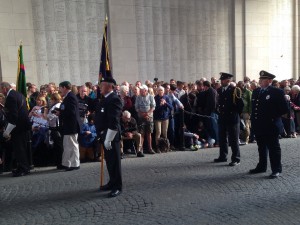 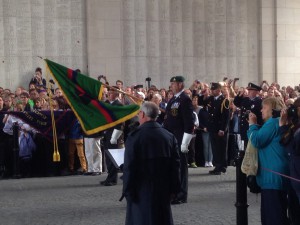 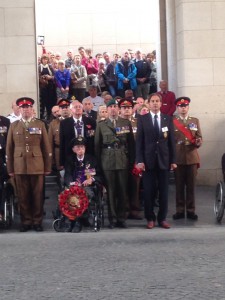 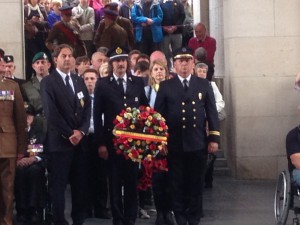 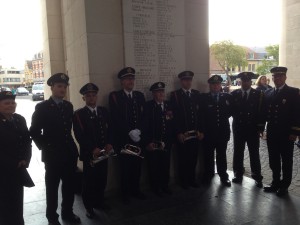 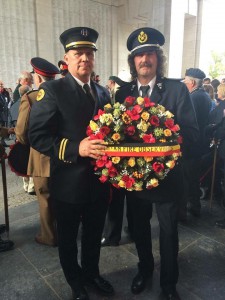 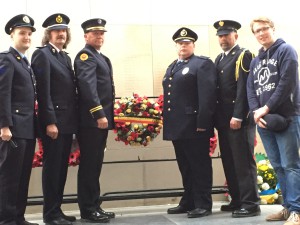 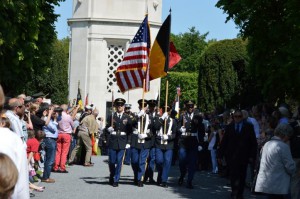